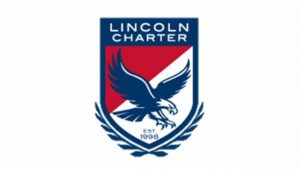 It was the Eagles’ 20 straight win over Southern Piedmont 1A Conference competition – a streak that began in February 2019 – and came 12 days after Jamie Seitz died from COVID-19 complications on Dec. 26.

Crest 73, Forestview 59: Crest won the Big South 3A Conference opener for both teams. Forestview, which visits Forestview on Friday, was led by Camury Reid (17 points) and Tra Neely (16 points).

Piedmont Charter at Christ the King: Wednesday’s game has been moved to Jan. 25.

Piedmont Charter at Christ the King: Wednesday’s game was moved to Jan. 25.

Kings Mountain at Stuart Cramer: Did not play on Tuesday and the game hasn’t been rescheduled.

Lincolnton at Newton-Conover: Tuesday’s game was moved to Jan. 13.

Gardner-Webb schedule altered: Gardner-Webb won’t have this weekend off after all. The Big South Conference announced on Wednesday Gardner-Webb will be playing at Winthrop on Saturday and Sunday in 1 p.m. games. The games were originally scheduled for Feb. 4 and Feb. 5 and were moved as the league makes changes to its schedule to accommodate for current COVID-19 pauses within the High Point and Presbyterian programs.

Charlotte weekend postponed: The 49ers weekend series at Marshall, originally scheduled for Friday and Saturday, has been postponed due to Marshall not having enough student-athletes from COVID-19, contact tracing and injuries. Both programs will work with the Conference USA office to reschedule the contests later this season. Charlotte’s next scheduled games are at home against UAB on Jan. 15 and 16.