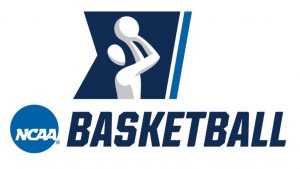 Emmanuel knocked down 12 3-pointers, including seven in the first half when the Lions took charge of what became a 76-53 NCAA Division II Southeast regional semifinal victory at Harrogate, Tenn.

Belmont Abbey led 7-2 early before Emmanuel’s long-range shots helped the Lions built a 37-18 lead with 2:33 left in the first half. The Abbey closed within 37-22 at halftime but Emmanuel rolled in the second half.

Ten players scored points for the Crusaders led by nine from Quest Aldridge. Emmanuel’s Brandon Simpson had a game-high 20 points.

Full pairings and results for the NCAA Division II Southeast women’s basketball regional at Jefferson City, Tenn.; Belmont Abbey is in a regional final for the first time and is playing for a berth in the March 23-26 Elite Eight in Columbus, Ohio:

The full pairings of local teams in Tuesday’s opening round of the state playoffs:

Monday is opening day for 2021. Here’s the schedule:

Monday is opening day for 2021. Here’s the schedule: