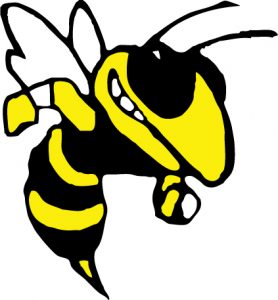 Bessemer City High was the winner of an tiebreaker to separate an unprecedented five-way tie for the Southern Piedmont 1A Conference girls basketball championship.

Bessemer City won the drawing to receive the league’s automatic No. 1 playoff seeding. The Yellow Jackets won a share of their third regular season girls basketball title in school history; Bessemer City was a co-champion in 1961 and 2001.

It’s the largest tie in local high school basketball history. Previously, there had been a handful of three-way ties and one four-way tie.

Bessemer City’s boys were tri-Western Piedmont 2A champions with Cherryville and Lincolnton in the 1995 and 1996 seasons.

Ashbrook’s four-way tie with Harding, Myers Park and Olympic in the 1973 Division 8 4A Conference was the largest tie until Friday’s results left the Southern Piedmont girls race in a five-way knot.

Also on Saturday, Crest wrapped up the Big South 3A Conference’s No. 2 playoff seeding with winning 59-33 at Forestview in a makeup game from earlier this season. The result gives Crest a 10-4 overall record and 9-3 league record. Crest had won a coin flip with Kings Mountain (10-4, 9-3) for the No. 2 spot on Friday after Crest’s 60-56 win at Kings Mountain.

High school boys basketball
Pine Lake Prep 48, Mountain Island Charter 42: Pine Lake takes the No. 1 seed in the PAC 7 1A Conference entering next week’s playoffs with the win over the visiting Raptors.

College men’s basketball
Belmont Abbey 96, Lees-McRae 92: L.J. McCoy tied his career high with 21 points and Belmont Abbey tied its season best with 11 3-pointers as the Crusaders imrpoved to 14-4 overall and 12-3 in Conference Carolinas.

Gardner-Webb 75, Longwood 73: Alasia Smith had 20 points and eight rebounds off the bench to lead the Bulldogs (8-12, 8-7) to a “Senior Day” victory in Big South Conference play. Gardner-Webb next plays on Thursday and Friday at home against league rival Radford.

College baseball
Belmont Abbey 7-13, Chowan 4-3: The Crusaders completed a second straight doubleheader sweep on Saturday to open the season at 4-0. Zach Aehlert and Sean Johnson led the offense and Alex Sniffen, Joe Cooney and former Forestview standout Dylan Smith led the pitching in a 7-4 win in the opener and Ben Gobbel, Richard DeLaCruz and Griffin Baker were standouts in the 13-3 nightcap victory.