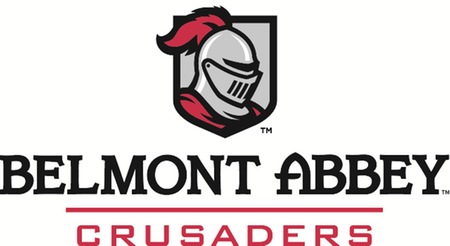 After having six games cancelled or postponed due to COVID-19 issues, Belmont Abbey College opened its men’s basketball season with a dramatic come-from-behind 68-67 win over No. 22-ranked UNC-Pembroke on Saturday afternoon at the Wheeler Center.

Sean Halloran’s 3-pointer with 10 seconds left gave Belmont Abbey its first lead of the game – and accounted for the final score.

UNC-Pembroke missed a potential game-winning 3-pointer with one second left as the Crusaders claimed the victory.

The Abbey started quite rusty in the season opener for both teams as the visiting Braves scored the first 12 points of the game.

The Crusaders, who had games altered since late November, plays again next Saturday at 6:30 p.m. against Bluefield State.

Charlotte (5-4, 1-1) returns to Conference USA play next Friday and Saturday at Marshall.

A 2018 Ashbrook High graduate, Brooks had 53 yards rushing in 15 carries as the Tar Heels finished the season 8-4 overall and 7-3 in the ACC.

A 2019 Shelby High graduate, Scott had seven tackles – one for a loss of yardage as the the Wolfpack finished the season 8-4 overall and 7-3 in the ACC.

College women’s basketball
Lander 75, Belmont Abbey 67: Maria Kuhlman scored 14 points for Belmont Abbey in a road loss at the No. 13-ranked team in the country.

The Lady Crusaders (2-1) play again next Saturday at home against Bluefield State at 4 p.m.

Gardner-Webb schedule altered: Due to pauses within the Radford and UNC-Asheville programs, the Big South Conference announced Saturday night that Gardner-Webb’s games at Charleston Southern have been moved from Monday and Tuesday to next Saturday and Sunday.