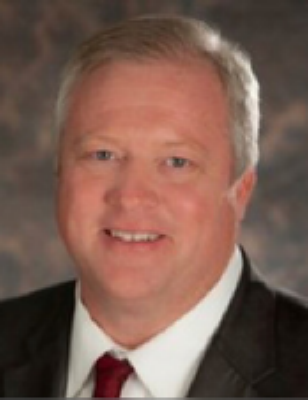 When former North Gaston High standout and head football coach Mike Patton was a walkon football candidate at N.C. State, he already knew that Brent Bagwell was a three-sport standout at nearby Kings Mountain High School.

Patton also knew Bagwell had gone through a significant injury that had stunted his college football career.

Yet, no matter the adversity, Patton says Bagwell has always maintained a positive attitude and friendly demeanor.

That’s why Patton, now athletic director at Stuart Cramer High School, says it’s so hard for anyone who knows Bagwell to think about him not being here anymore.

“It’s tough for everybody,” said Patton, a Stanley Middle School head football coach who was an assistant football coach at South Point before becoming head football coach and athletic director at North Gaston. “We got to be friends in college and he was a great teammate. Every time we played at Kings Mountain, he always made a point to come over and talk.”

At Kings Mountain High School, where he was a 1988 graduate, Bagwell played football, basketball and baseball and the N.C. State football recruit was invited to play in the prestigious 1988 East-West All-Star football game in Greensboro.

A career-threatening knee injury limited Bagwell to two seasons playing at N.C. State, but he helped the Wolfpack to back-to-back bowl games after the 1990 and 1991 seasons, including a 31-27 victory over Southern Mississippi in the 1990 All-American Bowl that also was future NFL great Brett Favre’s final game for Southern Mississippi.

“When I came in a freshman (in 1990), he was recovering from his injury and was working with the scout team,” Patton said of Bagwell, who signed with N.C. State coach Dick Sheridan as a tight end prospect. “He worked himself into becoming one of our best offensive linemen.”

Bagwell would then coach collegiately at N.C. State, TCU, Newbery, VMI and Lenoir-Rhyne before coaching at North Gaston and Kings Mountain high schools.

At North Gaston, where Patton was head coach from 2011 to 2019, Bagwell was an assistant for one of his former Kings Mountain coaches Bruce Clark and was offensive coordinator for the first six playoff victories in North Gaston’s school history.

With the record-setting A.J. Blue playing quarterback – Blue later played fullback at the University of North Carolina – Bagwell helped Clark’s teams go 22-7 in the 2006 and 2007 seasons capped by the Wildcats only appearance in a state title game in 2007.

“You’re not going to find anybody at North Gaston who has a bad word to say about him,” Patton said. “Those players loved played for him and have great memories of what he did as a coach.”

After leaving North Gaston following the 2007 season, Bagwell began coaching his children, who have all followed in their father’s footsteps with athletic success; Son Daniel is a pitcher at Charlotte’s Queens University, son D.J. is an offensive lineman for the Charlotte 49ers and daughter Paige is a volleyball standout at Kings Mountain High.