Game scheduled: Gardner-Webb men’s basketball added a game to its 2020-2021 regular season schedule Monday afternoon.
The Runnin’ Bulldogs will play at East Tennessee State on Tuesday at 7 p.m. – and it’ll replace the cancelled game at Duke on the G-W schedule. 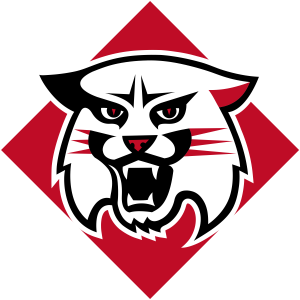 Seasons cancelled: Due to growing concerns related to COVID-19, the Board of Directors for the Central Intercollegiate Athletic Association (CIAA) voted Monday to cancel the upcoming men’s and women’s basketball seasons, which were set to begin January 9 and also include the 2021 CIAA Basketball Tournament.
Additionally, the board also voted to cancel the women’s volleyball season, which had previously been moved to the spring from the fall.
“Unfortunately, COVID-19 continues to challenge the conference’s ability to see a clear path to move forward collectively,” CIAA commissioner Jacqui McWilliams said in a league news release. “The impact to health and wellness, community concerns, as well as the economic ramifications are real. I want to commend our Board of Directors for exemplifying courageous leadership in college sports to ensure the well-being of the CIAA as well as the health and safety of our student-athletes and communities.”

College wrestling
Belmont Abbey’s season opener is Tuesday at 2 p.m. at No. 23 UNC-Pembroke.
The contest will be a closed event and spectators will not be admitted.

Conference sandings for the Big South 3A and Southern Piedmont 1A: