Today we look at four more schools that rank Nos. 9 through 12 in the area: 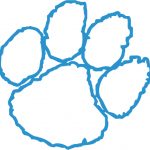 All-time record: 321-316-14 (since 1962)
Conference championships: 10 (1969 Division 6, 1976, 1983, 1984 Western, 1987 Southwestern, 1994, 1995, 1996 MEGA 7, 2016, 2018 Big South)
NFL players: Rufus Crawford, Lamar Holmes
Noting the Huskies: The Huskies and longtime head coach Don Saine entered the ultra-competitive Southwestern 4A Conference in 1965 and struggled before sharing a league title in 1969 behind Shrine Bowl quarterback Tommy Bradley….
The 1976 Huskies went 10-0 in the regular season before losing to eventual state champion High Point Andrews in the first round of the playoffs….
The 1987 team finally broke through in the state playoffs – and did so one week after more than 15,000 watched Huss knock off crosstown rival Ashbrook 14-7 at Huss for the Southwestern 4A title….
The 2018 Huss team coached by Jamar McKoy won its first 13 games before losing to eventual 3A state champion Charlotte Catholic….
A 1970s standout Rufus Crawford would become the school’s first NFL player for the Seattle Seahawks in 1978 before becoming a star CFL halfback for the Hamilton Tiger-Cats.
Where they play: Huskie Stadium
Bet you didn’t know: Huss’ first-ever playoff win came in 1987 against Crest by a 14-12 score. It also came after a power outage near the school forced the game to be postponed one day – from Friday to Saturday night.

All-time record: 327-552-35 (since 1925). Unknown victory total for Lincoln Academy, which began play in 1931.
Conference championships: 9 (1958, 1962, 1966 Little Six, 1982 Southern District 7, 2013, 2014, 2016, 2017, 2019 Southern Piedmont)
NFL players: Norris McCleary, Phillip Crosby
Noting the Yellow Jackets: The Yellow Jackets advanced to state finals twice in early 1950s – losing each time – then won their first conference title in 1962 under the direction of legendary Jackson “Ace” Parker….
In 1982, future Gardner-Webb championship-winning coach Woody Fish led BC to a 9-3 record, a league title and second round of state playoffs….
The schools winningest (10-3-1) team in 1994 produced eventual NFL players Norris McCleary and Phillip Crosby; Crosby also was a member of Tennessee’s 1998 national college football champions
The school’s all-time leading rusher (4,458 yards) and scorer (310 points) is Shane Whitlock from 2001 to 2004 and its all-time leading passer is Xavier Logan (3,223 yards) from 2007 to 2009.
Where they play: Jack Dixon Stadium
Bet you didn’t know: The stadium’s pressbox was moved from one side of the stadium to the other in 1985 as three teachers and their classes built the new one that remains in use. Stadium namesake Jack Dixon’s classes layed bricks, Rick Davis’ classes put in the cabinets and John Powell’s classes painted and took care of the other maintainence.

All-time record: 319-299-3 (since 1967). Piedmont, Fallston and Polkville Highs combined for a 7-40-3 record for 326 total victories.
State championships: 1 (1994 3A)
Conference championships: 7 (1993, 1994, 1997 Southwestern, 2010, 2011, 2012 South Mountain, 2021-spring Southwestern)
NFL players: Tony Scott, Scottie Montgomery
Noting the Bulldogs: Burns and Crest both began the sport in the same year of 1967 with Burns winning both of its games over Crest for a 2-8 record in the Bulldogs’ inaugural season….
The Bulldogs didn’t having a winning season until 1975 when they went 6-3-1 and also went 3-0 against county rivals Crest, Kings Mountain and Shelby….
In 1994, future ACC standouts Tony Scott (N.C. State) and Scottie Montgomery (Duke) and Florida standout Derrick Chambers helped the Bulldogs go 13-2 and win the N.C. state championship under legendary Burns coach Ron Greene….
Burns also went 13-2 in 2011 behind eventual Western Carolina standout Darius Ramsey (1,928 yards rushing, 198 points) under coach Matt Beam….
The Bulldogs’ all-time leading rusher (4,940 yards) and scorer (434 points) was current Catawba player Kujuan Pryor from 2016 to 2019, their top passer is Brandon Littlejohn (7,557 yards) from 2008 to 2011 and top receiver is former Tennessee standout Jsoh Briscoe (3,519 yards) from 2001 to 2004.
Where they play: Ron Greene Stadium.
Bet you didn’t know: In Burns’ second season of football (1968), the Bulldogs went scoreless for the entire season and marked the first 10 losses of a 23-game losing streak that began after they had beaten Crest in the final game of the 1967 season.

All-time record: 334-269-3 (since 1967). Rock Springs went 6-60-2 from 1960-66 for 340 total victories.
State championships: 2 (2012 2A, 2014 2AA)
Conference championships: 8 (1993 Western Piedmont, 2006, 2008, 2009, 2012 Southern Piedmont, 2013, 2014, 2015 Southern District 7)
NFL players: none entering 2021 season (though Chazz Surratt and Sage Surratt were on NFL rosters in 2021)
Noting the Mustangs: To say success in football started slowly for this community would be quite the understatement; Rock Springs lost its first 38 games before winning its 1964 season-opener over Oak Hill of Burke County. When it opened in 1967, East Lincoln went 0-10 and didn’t have a winning season until 1973 when it went 7-3….
The Mustangs did win their first postseason game in 1979 when they won 55-49 at Avery County in what was the highest-scoring game of that year’s state playoffs….
Coach Mike Harrill guided East Lincoln to its first league title in 1993, then all-time coaching winner (134-37) Mike Byus led the team to the first of three state title games in seven season in 2008. The 2008 team was led by future UNC-Wilmington star Keith Rendleman before the 2012 and 2014 teams won state titles behind standouts like quarterbacks Garrett Young and Chazz Surratt and receivers like Sage Surratt and Cameron Dollar; Chazz Surratt went on to become an all-ACC linebacker at North Carolina while Sage Surratt and Dollar were standout receivers at Wake Forest and UNC Charlotte, respectively….
Chazz Surratt, whose college career started with him playing quarterback, also brought the school national attention as he was named 2015 Parade All-American and national player of the year after he set a state record for total yards (16,593) and touchdown responsibility (229).
Where they play: Dave Clark Stadium.
Bet you didn’t know: The man for whom the school’s stadium is named, David Clark, Sr., was a longtime business and civic leader in Lincoln County whose donation of a 60-acre tract of land to Lincoln County is where East Lincoln still stands.