How do you rank local high school football programs? By winning, of course. And the countdown begins 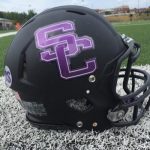 All-time record: 32-45 (since 2014)
Conference championships: none
NFL players: none
Noting the Storm: Ben McMillan, the only coach the school has ever had, started the program that for a school formed out of students that previously had attended East Gaston, Forestview and South Point high schools with a junior varsity program in 2013….
By 2016, McMillan’s team had developed enough to make three straight state playoff berths, going 7-5 in the 2016 season, 8-5 in 2017 and 7-5 in 2018 season. Standouts included running backs Kaiser Kayton and Tyreese Morris, quarterbacks Jaylon Rocquemore and Luke Carpenter and tight end Kendall Karr (who is now a redshirt freshman for the University of North Carolina),
Where they play: The state-of-the-art turf field has been home to Storm football, soccer and track since the school opened. The facilities have also been used by Belmont Abbey College’s track program, other county high schools and middle schools.
Bet you didn’t know: During the winter/spring football season in 2021, Cramer hosted “home” games for Ashbrook (two games), Forestview (two) and Huss (two). 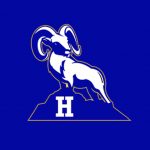 All-time record: 35-159 (since 2002)
Conference championships: none
NFL players: none
Noting the Rams: With no feeder program and a lottery system that doesn’t take into account sports interests, Highland Tech has struggled as much in football as any sport since the school opened in 2002 as a member of the Southern Foothills 1A Conference. The situation was so dire for the Rams that they played a non-conference schedule from 2004 to 2010 before returning to a more conventional league schedule in 2011. Highland Tech entered the 2021 fall season with a 4-70 all-time conference record that was highlighted by a single conference victory in 2013, 2018, 2019 and the 2021 winter/spring seasons….
During the non-conference years, future Lenoir-Rhyne standout Byron Darby set school records with 4,070 yards rushing and 308 points from 2003 to 2006.
Where they play: Highland Field. Opened on Oct. 1, 1986 when the school was Highland Junior High, Highland Tech won the second home game on its own field in 2002 when it knocked off Westminster Catawba of S.C., 20-13 for the lone victory in a 1-11 opening season of 2002.
Bet you didn’t know: In the Rams’ first season of 2002, Highland Tech played only two home games and played all five conference games on the road. 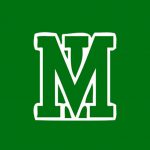 All-time record: 45-26 (since 2015)
Conference championships: 1 (2019 co-Southern Piedmont 1A)
NFL players: none
Noting the Raptors: Blessed with powerful offenses each year of its existence, Mountain Island Charter has emerged as an annual Class 1A contender. Aapri Washington (Buffalo) and Elijah Burris (Hampton) are currently playing college football after setting Gaston County records for the Raptors. Washington’s 402 yards rushing against Hickory Grove Christian in 2015 is a county single-game record and Burris’ 7,515 career rushing yards from 2016 to 2019 is a county record….
Current Cornell receiver Eric Gallman had 1,181 receiving yards in 2016 when Mountain Island Charter went 10-4….
Current head coach Robert Washington started as a Raptors assistant before being named head coach of the program after it started 0-3 in the first season of 2015. Mountain Island Charter went 6-3 the rest of that season, including a first-ever state playoff berth.
Where they play: Mountain Island Charter Stadium. The Raptors are an impressive 31-11 in their first six seasons at home, including 9-0 in 2016. They won 14 straight home games from 2016 to 2017.
Bet you didn’t know: Entering the 2021 season, the Raptors have passed for 1,251 or more yards in each of their first six seasons, including a county-best 2,243 in seven games in the 2021 winter/spring season. 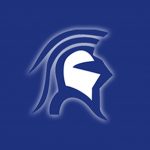 All-time record: 85-123 (since 2003)
Conference championships: 1 (2019 South Fork 2A)
NFL players: none
Noting the Knights: After making the playoffs in its first six years (2003-08), North Lincoln was shut out of the postseason until 2018….
North Lincoln’s top two all-time passers – Trent Hopkins (5,782 yards) and Brad Mosteller (3,459) – directed those first six playoff teams….
The Knights have had seven head coaches in school history with current head coach Nick Bazzle leading the school to its first conference title in 2019 after guiding North Lincoln to a second-place finish in 2018….
The 2019 team featured current N.C. State freshman defensive lineman Travali Price.
Where they play: North Lincoln Stadium.
Bet you didn’t know: Construction delays at the school forced the Knights to practice at the nearby Pumpkin Center Fire Department and kept the team from playing a true home game until the 2004 season. In 2003, North Lincoln played nine of its 12 games on the road and played one “home” game each at East Lincoln, West Lincoln and Lincolnton high schools. 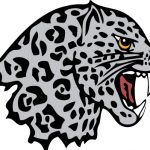 All-time record: 138-131 (since 1998)
Conference championships: 3 (2001, 2009, 2014 Big South)
NFL players: none
Noting the Jaguars: After going 1-10 in its inaugural season of 1998, Forestview defied low preseason expectations to go 8-3 in 1999 and make a surprising playoff appearance….
After eight straight postseason losses, Forestview won its first playoff game in 2009 when a Jaguars team that included Kevin Jeter and Jonathan White knocked off a Weddington team 38-7 that had future Duke quarterback Anthony Boone….
The 2014 team won the school’s first outright league title and featured the record-setting Moe Neal, who was Gaston County’s leading career scorer (630 points from 2012 to 2015) before he went on to play at Syracuse.
Where they play: Joe Alala Stadium
Bet you didn’t know: Because the stadium’s seats hadn’t been officially cleared for use by inspectors, fans either lined the stadium or watched from the banks as the Jaguars beat East Gaston 13-7 in the first game in stadium history. 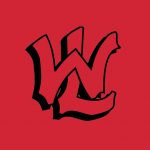 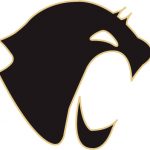 All-time record: 161-361-4 (since 1971). Dallas High went 74-162-9 from 1923 to 1970 for 235 total victories.
Conference championships: 1 (1972 Little Four 2A)
NFL players: none
Noting the Wildcats: Dallas High, which began play in 1923, struggled on the gridiron in most seasons as the school nicknamed “Yellow Jackets” had only six winning seasons with an all-time best record of 8-1 in 1957….
Dallas did not field teams in 1924 and from 1932 to 1946….
North Gaston began play in 1971 and went 16-3-2 in its first two seasons with the school’s only conference title in 1972. Running back Mike Lineberger and quarterback Jimmy Thornburg were standouts on those first two Wildcats teams….
Current head coach Justin Clark was the quarterback for North Gaston’s second postseason team in 2000. Clark in 2004 also is the last Western Carolina quarterback to lead the Catamounts to a win over Appalachian State in the “Old Mountain Jug” Rivalry that ended when ASU left the Southern Conference for the Sun Belt Conference….
Another quarterback, future North Carolina fullback A.J. Blue, led North Gaston to three straight state playoff appearances from the 2005 to 2007 and the 2007 N.C. 3A state championship game in 2007 with Justin Clark’s father Bruce Clark as head coach.
Where they play: Steve Trudnak Stadium.
Bet you didn’t know: After playing two seasons at old Dallas High’s Watson Field, North Gaston’s facility was called “Wildcats Stadium” until it was renamed for a longtime school teacher in 1987.