Today we look at four more schools that rank Nos. 5 through 8 in the area: 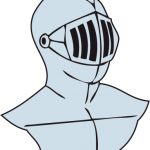 All-time record: 356-547-28 (since 1926). Unknown victory total for Chavis, which began play in 1945.
State championships: 1 (1934 WNCHSAA Western)
Conference championships: 3 (1934, 1935 Western, 2013 South Piedmont)
NFL players: none
Noting the Ironmen: The school’s first championship team also gave it a nickname in 1934 as the “Ironmen” finished the season with 11 players, a 7-0-3 record and an old Western N.C. Activities Association state title. Future Cherryville head coach Hinse Quinn scored 66 of Cherryville’s 134 points that year for legendary coach Jack Kiser….
Hinse Quinn’s 1951 team is the winningest in school history with an 11-1 record and two postseason bowl victories (Dairy Bowl and Cherry Bowl)….
While Cherryville has never had a future NFL player, it did have a two-year CFL standout in receiver Stan Crisson, who played at Duke before playing for the Hamilton Tiger-Cats in 1964 and 1965….
Since going 7-3 in 1953, Cherryville has had two 7-win teams – 7-3 in 1977 under coach Tom Wright and 7-5 in 2018 under coach Tim Pruitt….
In 2003, future Georgia receiver Kenneth Harris set a then-Gaston County-record with 232 yards receiving in a 63-7 win over North Lincoln.
Where they play: Rudisill Stadium.
Bet you didn’t know: One of the first games played at the Rudisill Stadium facility that opened in 1963 was a 14-7 victory for Gardner-Webb Junior College over the Davidson College freshman team in 1964.