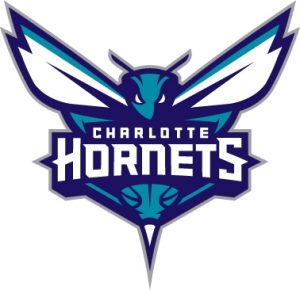 After a near-breakthrough 2020-21 season that ended with a disappointing NBA play-in tournament loss at the Indiana Pacers, the Charlotte Hornets are looking to improve their roster through Thursday’s 2021 NBA Draft and upcoming free agent pursuits.

Mitch Kupchak, Hornets president of basketball operations and general manager, met with media via zoom news conference on Monday to discuss how his team is looking to improve upon the 33-39 record of a year ago three days before the Hornets have the Nos. 11, 56 and 57 picks in the draft.

“We’re still at that level where we’ve got to add talent to this team,” Kupchak said. “We played pretty well last year, in fact, I think we got to fourth place for a week or two or three, I’m not exactly sure how long. But we had a couple of injuries, Gordon (Hayward) went down, (La)Melo (Ball) went down, and we plummeted our performance.”

After winning 127-119 at eventual NBA champion Milwaukee on April 9 improved Charlotte to 27-24 overall, the team lost 15 of its last 21 regular season games then was routed 144-117 at Indiana to end the season.

Kupchak’s team has been linked at various times to 6-foot-11 Texas freshman Kai Jones, 6-9 Duke freshman Jalen Johnson, 6-6 Arkansas freshman Moses Moody and 6-5 Tennessee freshman Keon Johnson in recent mock drafts for the No. 11 overall pick in the first round.

“At 11, quite frankly, you’re probably going to end up with someone who’s 18 or 19 (years old),” Kupchak said. “There is a player or two that are four-year guys that would be considered at 11, but most of the time at 11, you’re going to get someone very young. So that player, we’d like, if it is a young player to be a talented player with great character that would fit in to what we’re trying to build here in Charlotte.”

This season, with no in-person scouting of college or international games, Kupchak said the team has focused on the in-person workouts it has held since July 2 – and all four of those players have worked out for the Hornets.

Adding draft picks is only one way the team will seek improvements for the Hornets.

The other significant way will be free agency that could be a complicated matter for the team this summer as four key players – centers Zeller and Bismack Biyombo and guards Graham and Monk – all are free agents.

On free agency, Kupchak said the team could have some salary cap space but added “I can’t into great detail because there’s not much to share.”

Whomever the team drafts on Thursday will attend a four-day minicamp with 18 to 20 candidates that will be whittled down to a roster of 12 to 14 players for five games from Aug. 8-17 in the Las Vegas Summer League.

Among the invitees will be LiAngelo Ball, the older brother of Hornets’ 2021 NBA Rookie of the Year LaMelo Ball. LiAngelo Ball, a 6-5 guard, played one game at UCLA before a professional career that has lasted from 2018 to 2020. He most recently stop came during 2020 training camp with the Detroit Pistons; He was released before playing in a preseason game for the Pistons.

“I’m sure Melo appreciates it – he’s got a guy that he can hang out with and come to the gym with and rebound and shoot,” Kupchak said. “So, it’s been good for him and he’s a Division I player. He was a player that was recruited and played for UCLA. He’s a real talent whether he’s
good enough right now, that remains to be seen, but he’s fitting right in on the scrimmages that we play on Tuesdays
and Thursdays. And yeah, we’ll bring him to that four-day camp and we’ll go from there.”

After going 23-42 and 33-39 in back-to-back abbreviated NBA seasons, Kupchak knows the team will be a fashionable pick to contend for the postseason in the upcoming 2021-22 season.

He said the signing of Hayward before last season – and the development of recent first-rounders like Miles Bridges, P.J. Washington and LaMelo Ball – give him reason for optimism.

“Signing him (Hayward) was just a big boom for us to get a veteran of that stature in this organization and I think that’s sped up expectations and our timeline a little bit,” Kupchak said.
“We still have a lot of work to do and once again we’re just not deep enough to count on guys being healthy and at the end of the season getting us into the playoffs. We still need to add talent and get better.”