The Gastonia Honey Hunters have signed their first player for the upcoming season. 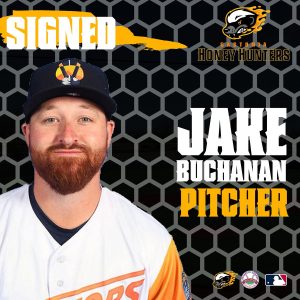 And it’s a player with a local background.

A 2007 North Gaston High graduate, Buchanan was also a standout for Gastonia American Legion Post 23 and at N.C. State and became North Gaston’s first major leaguer when he was promoted by the Houston Astros in 2014. Buchanan later pitched in the majors for the Chicago Cubs and Cincinnati Reds in addition to pitching for the Arizona Diamondbacks, Oakland Athletics and Washington Nationals organizations.

He last pitched for Las Vegas and Fresno of the Class AAA Pacific Coast League in 2019.

Gastonia is slated to open its 2021 at Gastonia’s new downtown FUSE stadium on May 23.