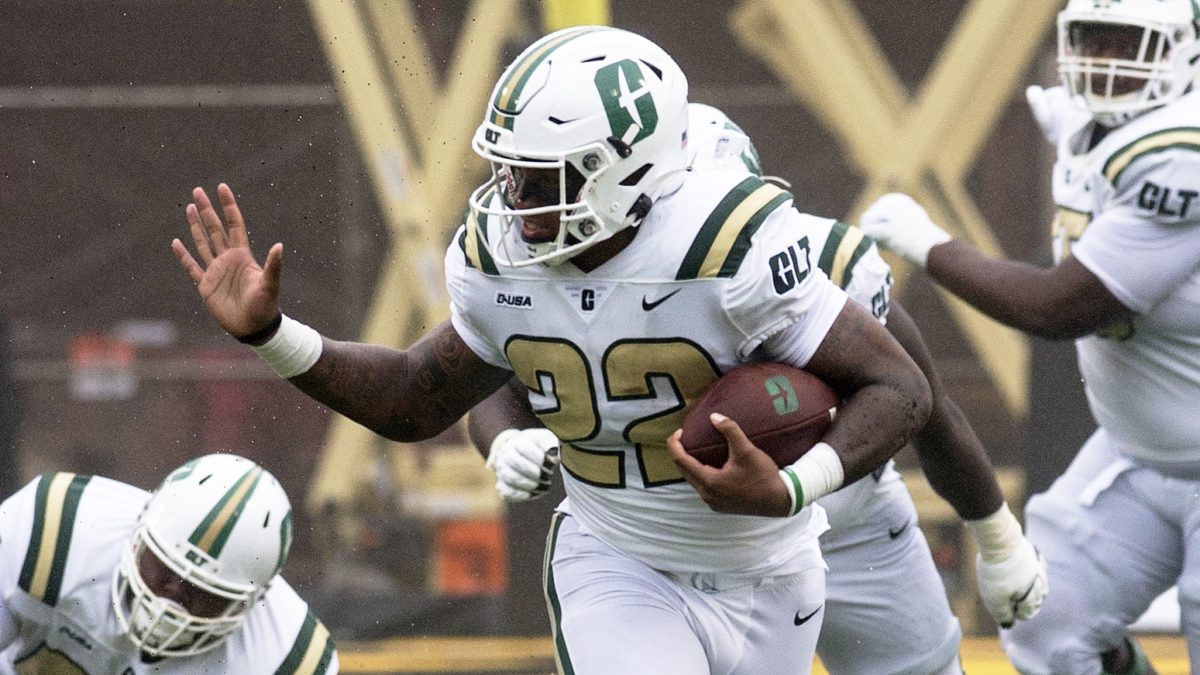 Six local high school football products and the Charlotte 49ers were to get national television exposure at 8 p.m. Saturday night on ESPNU in their home opener until a late Thursday night game postponement.

The 49ers (1-2, 1-1 C-USA) were to host Florida International on Saturday at 8 p.m. until COVID-19 issues at FIU led that school to postpone the game late Thursday night. Charlotte sent out a news release notifying local media of the postponement at 10:45 p.m.

The 49ers were coming off a record-setting 49-21 Conference USA victory at North Texas on Oct. 10 in which they set a school record for points in the league game. Charlotte’s new scheduled home opener will be Oct. 24 against UTEP; The 49ers’ original home opener was slated for Sept. 26 against Georgia State but that school also was postponed due to COVID-19 issues.

Northern Illinois graduate transfer Tre Harbison, a 2016 Crest High graduate, is one of the 49ers (1-2, 1-1 C-USA) top weapons with 187 yards rushing and three touchdowns in 41 carries.
Cam Dollar (East Lincoln 2017) is a top receiver with seven catches for 121 yards and one touchdown. And Calvin Camp (Shelby 2017) has accounted for 98 all-purpose yards, including a rushing touchdown as a reserve running back.
Also on the Charlotte roster are reserve offensive linemen Gage Welborn (East Lincoln 2018) and D.J. Bagwell (Kings Mountain 2020) and injured linebacker Prince Bemah (Hunter Huss 2019).

Top-ranked Clemson (4-0, 3-0 ACC) visits Georgia Tech in a noon game on Saturday on ABC and televised locally on WSOC-Channel 9.
Defensive back Lannden Zanders (Crest has started all four games and has 11 tackles for the Tigers, who also have Justin Foster (Crest 2017) and Matt McMahan (North Lincoln 2018) on the roster and Kyle Richardson (South Point 1996) as a member of Clemson’s coaching staff.