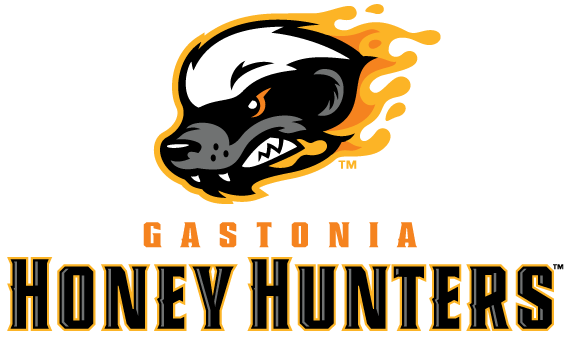 On Wednesday, the Honey Hunters were born as the nickname of the city’s new Atlantic League of Professional Baseball team.

The nickname was unveiled by Gastonia Professional Baseball in a virtual press announcement via Zoom and Facebook Live.

Gastonia was granted a franchise by the ALPB in July 2020 that was followed by the team officials pursuit of a nickname and branding identity.

“The team … will be known as the Gastonia Honey Hunters, aligning the City of Gastonia’s unique brand attributes with those of the world’s most fearless animal, which will be the primary element of the club’s brand identity and representative mascot,” Wednesday’s Gastonia Professional Baseball news release said. “Following a comprehensive discovery process including extensive research, in-market focus groups, one-on-one interviews, discussions with City and league leadership, and an incredible turnout of submissions and voting by fans on the club’s website and social media pages, club leadership narrowed the list of name considerations to five final considerations: Gastonia Fire Ants, Gastonia Hogzillas, Gastonia Honey Hunters, Gastonia Hotshots, and Gastonia Uppercuts.”

“Honey Hunters was chosen to reflect the shared traits between the City of Gastonia and those of the most fearless animal in the world: fearless, determined, and resilient. From Day One, I was inspired by Gastonia’s embodiment of these attributes, particularly as they relate to their unwavering commitment to ‘continuous improvement,’ or as we like to say, the ‘hunt for honey,’ which is something we can all relate to.”

The team also announced that official Honey Hunters merchandise and season tickets are now available on the club website www.GoHoneyHunters.com. Fans can follow the team on social media platforms of @GoHoneyHunters on Instagram and Twitter and Facebook.com/GoHoneyHunters.

“Thank you to the community for such passionate, heart-felt collaboration in creating this brand,” Bellamy added. “We aim to provide Gaston County with first-rate baseball and family-friendly entertainment where all are welcome, and are confident that the Honey Hunters brand will exceptionally lead the way in a bold new path forward.”

The Honey Hunters will begin their inaugural season later this year and await the release of the 2021 ALPB schedule. Gastonia Professional Baseball will continue to unveil brand marks, uniforms, merchandise and mascot designs in the coming months.

Gastonia teams have played games at old Loray Park, the old Gastonia High School stadium and at Sims Legion Park. The Honey Hunters will be playing the first games in the downtown FUSE stadium.