Gardner-Webb to make football debut at Charlotte 49ers on Nov. 14

Gardner-Webb University announced a month ago that is was seeking to play football games in November. 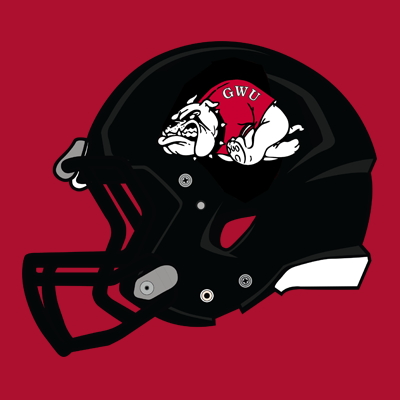 The Charlotte 49ers have had three games postponed by COVID-19 issues, including two at home.

The combination made it perfect for the two to arrange a matchup during this strangest of all college football seasons due to the coronavirus pandemic.

Charlotte will host Gardner-Webb on Nov. 14 in a noon game that will be the debut of G-W head coach Tre Lamb and give the 49ers their second home game of the season.

Reports began to surface on Monday of the matchup before the schools reached an agreement on Tuesday to play what will be the third meeting between the two schools.

“I’ve known (Gardner-Webb head coach) Tre Lamb a long time,” 49ers head coach Will Healy said in a school news release. “I appreciate his work in helping to schedule this game. We’re eager to play them next week and then again next fall. I really like and respect him a lot. I know he’s going to do great things with that program; There’s already a buzz there.”

Added Charlotte director of athletics Mike Hill: “Our team has worked relentlessly all year to have a chance to compete, only to see several opportunities get cancelled. And having hosted just one contest all year, Coach Healy and I felt strongly that if we could add another home game, our players deserved that chance. We look forward to welcoming our friends from Gardner-Webb.”

An FCS school, Gardner-Webb has been holding practice sessions and is allowed to play as many as four games against FBS competition this fall. The Big South Conference of which G-W is a member delayed all fall sports on Aug. 12 due to concerns about the coronavirus with the expectation of playing games in the the spring of 2021.

“This is terrific news for our young men and the university,” Lamb said in a GWU news release. “It has been tough sledding to find someone to play this fall. We had what were arguably our two best days of practice on Sunday and Monday, so things are coming together well. Our team has been dedicated to protecting the bubble and everyone involved continues to work hard to stay healthy and keep others around us healthy.”

The game will become a homecoming contest of sorts for four Gardner-Webb players from Charlotte, among them senior linebacker Darien Reynolds.

Additionally, Harbison’s father James Harbison and uncle Charlie Harbison are former GWU football standouts and members of that school’s sports Hall of Fame and Baldwin is his half-brother.