When the American Legion World Series makes its return to Shelby after being cancelled by the COVID-19 pandemic in 2020, Veterans Field and Keeter Stadium will be allowed full capacity. 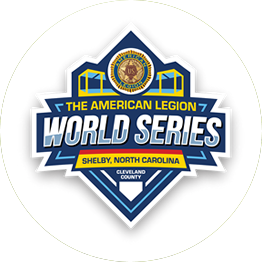 This comes after N.C. Gov. Roy Cooper’s May 14 announcement that most restrictions put in place to control the spread of COVID-19 were lifted immediately.

The local planning committed for the ALWS will now be able to sell tickets to all seats in the 5,500-seat facility, which will be hosting its 10th consecutive ALWS.

“We had not printed any tickets for the 2021 series because we did not know how many seats we would be able to sell,” Shelby ALWS Committee chairman Eddie Holbrook said in a news release. “Now we can let our reserved seat, box seat and rocking chair seat holders know that they will ALL have a place to watch the games. We are especially pleased because we are celebrating the 10th year of having the ALWS played in Shelby-Cleveland County.”

This year’s games will begin on Thursday, Aug. 12 and continue through the Tuesday, Aug. 17 championship game.

Ticket sales have grown substantially since Shelby became the permanent home of the tournament in 2011.

With special recognitions planned for the 10th anniversary of becoming the permanent home of the ALWS, organizers hope to set another ticket sales record this summer.

Anyone who purchased any type of reserved seat for the 2019 ALWS will receive a letter offering the same seats for 2021. After those wanting to renew have paid for their tickets, the remaining reserved seats will go to persons on a waiting list maintained by the ALWS staff.

General Admission tickets are available for purchase, also, with the price of $35 for all 15 games; These tickets go on sale June 21. Day passes for adults ($10 each) and for students ($5 each) will be available only at Keeter Stadium once the games begin.

For information, check www.americanlegionworldseries.com or call 704-466-3103.

North Gaston 9, Huss 0: Jairo Osio struck out 11 in five innings and reliever Chase Gantt four in two innings to combine on a one-hitter for the Wildcats, whose offense was led by Austin Wood (2 doubles, 3 runs), Will Farnsworth (2 RBIs) and Nate Williams (double, 2 RBIs).

The Carolina Hurricanes are in the midst of their Stanley Cup playoff pursuit after winning their fourth division title in 25 seasons in North Carolina. The Hurricanes won the 2006 Stanley Cup championship, advanced to the 2002 Stanley Cup finals and were in the Eastern Conference finals in 2019. Carolina is 36-12-8 this season and are the No. 1 seed in the Central Division.

Charlotte 49ers update: The 49ers have already wrapped up the Conference USA’s best overall record and East Division title entering this weekend’s non-conference home series against UNC-Wilmington. No. 16-ranked Charlotte (38-17, 24-8) play Middle Tennessee on Wednesday at 1:30 p.m., in Ruston, La., in its first league tournament game after it completes the UNC-W series; Charlotte won 6-5 on Friday to event the three-game series that ends on Saturday at 1 p.m.

Gardner-Webb update: The Bulldogs completed their Big South Conference schedule on Friday with a home doubleheader split with Radford. Gardner-Webb (28-21, 27-13) will be the No. 3 seed for the league tournament that begins on Thursday.

ACC update: As we close in on the ACC Baseball Tournament at Charlotte’s Truist Field from May 25-30, here’s the current league standings and upcoming conference games: