Cherryville High boys basketball coach Scott Harrill got a two for one on Friday night as he became Gaston County’s all-time basketball coaching winner while also leading his team to a victory over one of its oldest rivals.

Cherryville won 78-67 at Bessemer City as Harrill took the 380th victory over his head coaching career that began in 2000. He surpassed former Bessemer City and Ashbrook coach Marty Hatchell, who had 379 wins from 1985 to 2009. 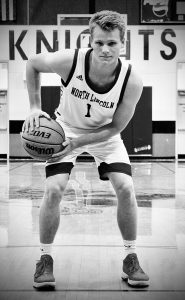 Ashbrook 54, Crest 40: Madison Cole and Aaliyah El had 17 points apiece for Ashbrook and Vania Petty had 11 to lead Crest.

Gardner-Webb 91, Presbyterian 64: Jaheam Cornwall scored 19 points on Senior Night as Gardner-Webb improved to 8-11 overall and 7-7 in the Big South Conference.