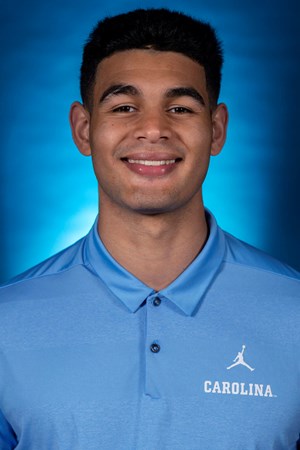 One of the greatest athletes in Lincoln County history has opted out of his final college football game to get ready for the 2021 NFL Draft.

Chazz Surratt, named All-ACC linebacker at North Carolina for the second time on Monday, announced Monday morning on his instagram account he’d be skipping the Tar Heels’ upcoming Orange Bowl contest against Texas A&M to focus on his professional future.

“My experience at UNC has been an unbelieveable journey and I am incredibly thankful for my time,” Chazz Surratt said as part of his instagram message.

After injuring his elbow during his senior year of high school, Chazz Surratt and UNC coaches had him focus his attention on football.

A quarterback and wide receiver and infrequent defensive end in high school, Chazz Surratt redshirted by coach Larry Fedora during the 2016 season behind first round NFL draft pick Mitch Trubisky before becoming the starter for seven games in 2017.

In 2018, he was suspended four games for a NCAA rules violation, then suffered a season-ending injury in his only game of 2018.

After Mack Brown was hired to replace Fedora after the 2018 season, Chazz Surratt was switched to linebacker during 2019 spring practice drills and has thrived at the position.

He had 115 tackles, one fumble recovery, one forced fumble and a game-clinching pass interception against Duke to earn All-ACC linebacker honors for the Tar Heels, who went 7-6 and won the Military Bowl.

This season for 8-3 North Carolina, Chazz Surratt had 91 tackles, one fumble recovery, one forced fumble and one interception and was named All-ACC linebacker again on Monday.

Sunday night at UNC’s annual football banquet, Chazz Surratt was named William Fuller Defensive MVP and one of five to be given with Charlie Justice Team Captains honors.

Ironically, his younger brother Sage Surratt had opted out of this season at Wake Forest before playing any games to get ready for the NFL draft.

Now the Surratt brothers will be seeking to become the third and fourth players in Lincoln County history to be drafted by the NFL; 1964 Lincolnton High graduate Dennis Byrd was a first-round pick out of N.C. State by the Boston (now New England) Patriots in the 1968 draft and 1969 Lincolnton graduate Bobby Joe Easter was an eighth-round pick out of Middle Tennessee by the Buffalo Bills in 1976.

Easter never played in the NFL, but Byrd (one season in 1969) and undrafted N.C. State free agent C.J. Wilson, a 2008 Lincolnton, played one season each for the Chicago Bears (2013) and Tampa Bay Buccaneers (2014) and are the only county products bo play in the league.