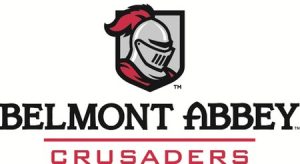 After having its originally-schedule Nov. 25 opener with Queens postponed, both Crusaders games slated for the 49ers Tip-Off Classic at Charlotte’s Halton Arena have been canceled due to COVID-19 issues within the Belmont Abbey program.

And on Sunday, Charlotte canceled Monday’s 6 p.m. game with the Abbey “due to COVID-19 contact-tracing protocols associated with Belmont Abbey,” according to a Charlotte news release.

“We’re all disappointed that we will not be able to play this game,” Charlotte Deputy Athletic Director Chris Fuller said in the news release. ” et we’re grateful for all the people who worked so hard to make it possible. We will continue to be guided by our medical professionals and wish Belmont Abbey good fortune with the rest of its season.”

Charlotte’s news release added that “it is unclear at this time if the game will be rescheduled.”

The 49ers (0-1), who lost the first two games of their season due to COVID-19 issues at the University of Tennessee, are next slated to play on Friday at home against Georgia State at 6 p.m.

Belmont Abbey’s season-opener is now slated for Wednesday at 7 p.m. at home against UNC-Pembroke.