Former Kannapolis Post 115 standout Corey Seager was a key figure in leading the Los Angeles Dodgers back from a 3-1 series deficit against the Atlanta Braves to win the National League Championship Series four games to three. 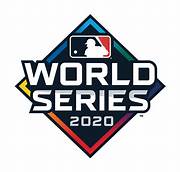 Ray Scarborough, who pitched for Troy’s Legion team in 1933, was the first to win a World Series title with the New York Yankees in 1952.

The opening game of the 2020 World Series between Seager and the Dodgers and the Tampa Bay Rays begins Tuesday night.