Can a former Forestview and Gaston Day standout join a select part of Gaston County history in tonight’s NBA draft?

Hinton, who declared for the NBA after two years at Houston, is projected as a possible late second round draft pick in the draft. 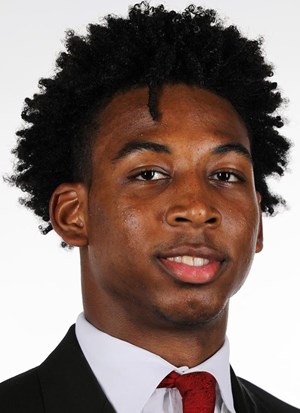 A 2018 Gaston Day School graduate who also attended Forestview and Charlotte’s Northside Christian high schools, Hinton is a 6-foot-5 guard prospect who averaged 8.8, 6.4 rebounds and 1.6 assists during his two-year career at the University of Houston. He averaged 10.6 points, 8.7 rebounds and 2.0 assists last season.

He was a 2019 All-American Athletic Conference freshman team selection and second team All-AAC pick in 2020.

Wilson, a 1974 Huss graduate, was a fifth round pick out of Western Carolina in 1978 before playing one season for the Golden State Warriors in 1978-79.

Floyd, a 1988 Huss graduate, was a first round pick out of Georgetown in 1982 before playing 14 seasons in the NBA.

Worthy, a 1979 Ashbrook graduate, was the first overall pick out of North Carolina in 1982 before playing 13 seasons with the Los Angeles Lakers.

Armstrong, a 1986 Ashbrook graduate, was undrafted out of Fayetteville State before playing 14 seasons in the NBA.

And Whiteside, who attended Ashbrook, Huss and Forestview, was a second round pick out of Marshall in 2010 who just completed his eighth season in the NBA with the Portland Trail Blazers.