Carolina Panthers fans got their first preseason look at new starting quarterback Sam Darnold but the Baltimore Ravens kept alive one of the most confounding streaks in NFL history with a 19-3 win over the Panthers on Saturday in the team’s preseason home opener. 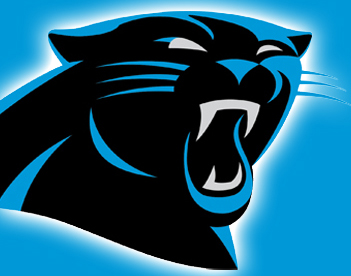 Carolina closes out the 2021 preseason on Friday at 7:30 p.m. when it hosts the Pittsburgh Steelers.

The Ravens tied a NFL record with their 19th straight preseason victory on a night in which Darnold played one preseason in his preseason debut since he was the Panthers’ top offseason acquisition in a trade with the New York Jets.

Darnold completed a 16-yard pass to Robby Anderson, then had a purposeful throwaway on his second pass before yielding to backups Will Grier and P.J. Walker.

Grier completed 11 of 14 passes for 144 yards and was sacked twice an Walker completed one of eight passes for eight yards as the Panthers failed to score a touchdown.

For the second straight preseason game, starting running back Christian McCaffrey and wide receiver D.J. Moore were kept out of action.

Carolina coach Matt Rhule’s plan is to play all of his projected starters against the Steelers.

But Huntley would finish with 24 completions in 34 attempts for 187 yards and Ravens’ running backs Nate McCray and Ty’Son Williams had touchdown runs in the second and fourth quarters, respectively, as the Ravens equaled the NFL record for consecutive preseason wins set by Vince Lombardi’s Green Bay Packers from 1959 to 1962.

Kicker Joey Slye’s 41-yard field goal with 4:25 left in the first half gave Carolina a 3-0 lead before Baltimore scored the game’s last 20 points.

Carolina may have suffered a significant injury to a defensive back for a second straight game when safety Kenny Robinson left the game in the third quarter with a knee injury and was immediately announced as out for the rest of the game. In last week’s preseason opener at Indianapolis, cornerback Troy Pride Jr. suffered a torn knee ligament.

Here is this week’s schedule:

The Gastonia Honey Hunters stayed hot and are now atop the South Division standings of the Atlantic League of Professional Baseball.

Gastonia won 7-6 at York to improve to 38-36 overall and 11-6 in the second half to lead the division by a half-game over High Point.