After two straight losses to its oldest rival, Shelby High opened the 2021 high school football season with a vengeance – and a 37-14 victory – at Kings Mountain. 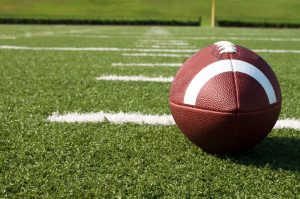 In the earliest meeting of the 98-year-old series, Kings Mountain scored first before Shelby took charge of the game with 23 straight points.

Community School of Davidson 31, Bessemer City 24: Jameer Holmes ran for a touchdown and passed for another but it wasn’t enough as the Yellow Jackets dropped their season-opener.

Burns 8, Forestview 6: A 2-point run by Ryan Thompson in the second quarter was decisive in a defensive battle between former league rivals in a game played at Cramer. Thompson had caught a 32-yard touchdown pass from Ben Mauney before running in the 2-pointer for an 8-0 Burns lead. Forestview scored with 9:17 to play on Austin Parker’s 54-yard touchdown pass to Nathaniel Aguilar to cut the lead to 8-6. But a two-point pass fell incomplete.

Bunker Hill 29, Cramer 18: An early Cramer lead disappeared in the second half as the host Bears took the nonconference victory.

East Lincoln 39, Hibriten 7: The Mustangs scored an impressive win at the four-time defending league champion Panthers and extended their series lead over Hibriten 9-0 that dates to the 1980s and 1990s.

Hickory Ridge 68, Huss 13: Huss fell on the road in their season opener at a Hickory Ridge program that has made the playoffs 12 times in its 15-year history.

South Point 46, Lincolnton 7: Tyson Riley rushed for 155 yards and four touchdowns, quarterback David Howard threw a 53-yard touchdown pass to Jackson Blee and Dalton Skipper scored one touchdown as the Red Raiders opened the season with a non-conference victory over a longtime rival.

Mountain Island Charter 34, Anson County 27: The Raptors start impressively as they look to bounce back from the spring’s disappointing 2-5 season.

The Charlotte 49ers have released their 2021-22 men’s basketball schedule. Here it is:

“I am pleased to announce Bryson Goins as our new Esports Head Coach,” Miss said in a school news release. “Energetic and charismatic, Coach Goins, despite his youth, exudes an air of confidence and possesses the requisite expertise to resonate with prospective students. We look forward to his forming and developing our students, who, collectively, will elevate our program to new heights.”

Goins is the founder and CEO of the Carolina Gaming Alliance, the region’s first digital marketing company designed to connect esports players with scholarships, sponsorships and career advancement opportunities. Additional, it spearheads projects that enhances esports in the region. Goins serves as a consultant to the Charlotte Hornets’ esports teams, while and remotely providing guidance to St. Edwards University in San Antonio, Texas as an assistant coach. Goins earned his bachelor’s degree in Business Administration (Organization Management) from UNC Charlotte in 2020.

The Gastonia Honey Hunters now have a winning record.

Gastonia won 11-10 at York on Friday night to improve to 37-36 on the season. It’s the first time the first-year franchise has had a winning record since early June.