Gaston College has a nickname, a logo and school colors for its startup athletic program. 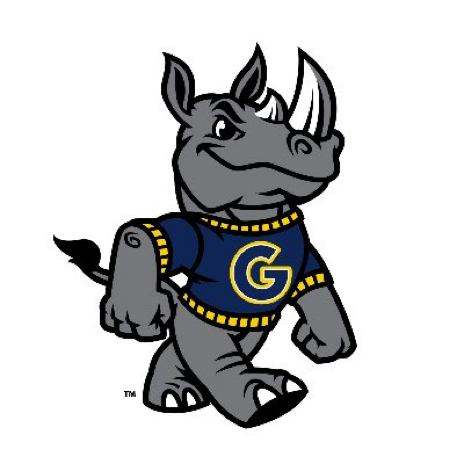 The school unveiled its blue and yellow colors, its “Rhinos” nickname and its logo during a Thursday outdoor party at the campus.

Gaston College’s Rhinos will return to athletic competition this fall for the first time since the 1970s.

The school was nicknamed the Rebels from 1965 to 1969 and the Warriors from 1969 to 1972 before the school ceased its athletic programs.

After a 2021 winter and spring high school football season, the conventional fall season will begin on Friday for the 2021 fall campaign in Cleveland, Gaston and Lincoln counties.

The opening weekend is highlighted by the earliest matchup in history between the oldest local rivalry – Kings Mountain and Shelby – and several intriguing matchups between former league rivals.

Here’s a look at each of Friday’s matchups:

Bessemer City at Community School of Davidson
Series: Bessemer City leads 7-0
Storyline: The visiting Yellow Jackets will look to bounce back against a former conference opponent they have never lost to after a 1-6 season in the spring.

Burns at Forestview
Series: Forestview leads 7-6
Storyline: Former league rivals will meet for the first time since 2018. Burns is the favorite to win the Southern Piedmont 1A/2A Conference while Forestview is picked to finish in the middle of the Big South 3A Conference.

Cherryville at Avery County
Series: Tied 1-1
Storyline: The teams met in the 1995 and 1996 season with the home team winning each matchup. Both are coming off losing spring seasons as Avery County was 2-3 and Cherryville 2-5.

Cramer at Bunker Hill
Series: First meeting
Storyline: Coming off a 1-6 season in the spring, Cramer takes on a Bunker Hill team coming off a 6-2 season that marks the school’s best record since 1987.

East Gaston at North Gaston
Series: East Gaston leads 28-21
Storyline: A rematch of last year’s exciting finale won 28-25 in overtime by East Gaston at the same Trudnak Stadium field where they meet again. East Gaston has also won 16 of the last 20 meetings in the rivalry that began in 1972.

Huss at Hickory Ridge
Series: First meeting
Storyline: After four straight winning seasons, including a school-best 13-1 in 2018, the Huskies look to bounce back from the spring’s 2-4 season against a Hickory Ridge program that has made the playoffs 12 times in its 15-year history.

Lincolnton at South Point
Series: Belmont/South Point leads 34-28-3
Storyline: One of the area’s oldest rivalries resumes after being a casualty of the shortened spring season. They had played 29 straight seasons before the spring in a series that began in 1925 when it was Lincolnton against Belmont; Belmont and Cramerton formed South Point in 1969.

Shelby at Kings Mountain
Series: Shelby leads 72-20-7
Storyline: Arguably the most thrilling finish of the spring season – a 36-35 Kings Mountain victory – will be the season-opener for both teams in the earliest matchup between the rivals in their series that began in 1923. Kings Mountain has won two straight games in the series and has won three straight only once – from 1934 to 1936.

Two teams had their games cancelled, one team twice as the Concord at Ashbrook game and Pisgah at Crest games were cancelled. Earlier, Crest was originally scheduled to host Freedom before arranging a replacement game with Pisgah.

The Charlotte reportedly have signed guard Terry Rozier to a four-year, $97 million contract extension. The guaranteed deal puts Rozier under contract through the 2025-26 season.