The Charlotte Hornets begin what they hope is a two-game winning streak that’ll land them into the NBA playoffs for the 11th time in franchise history when they visit the Atlanta Hawks on Wednesday at 7 p.m. 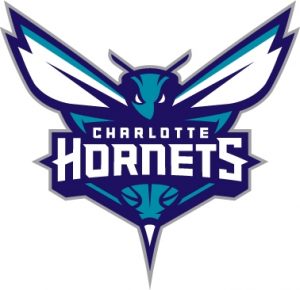 Both teams finished 43-39 in the regular season but the Hawks earned the right to host by virtue of a better Southeast Division record. Wednesday’s winner advances into Friday’s 7 p.m. against Tuesday’s Brooklyn-Cleveland loser for the right to become the No. 8 Eastern Conference seed and a matchup against Miami.

Atlanta is listed as the favorite by 4 1-2 points and each team enters the game playing good basketball as the Hawks have won seven of their last 10 and the Hornets six of their last 10.

Much of the attention will be focused on standout guards Trae Young of Atlanta and LaMelo Ball of Charlotte.

It’s the first meeting in the postseason between the “I-85” rivals since Charlotte won three games to one in the 1998 Eastern Conference first round.

Charlotte is in the play-in tournament for a second straight year – and lost 144-117 at the Indiana Pacers.

Here’s the schedule for this week’s NBA play-in tournament:

After another 4-1 week on the field, Gaston College’s baseball team is ranked among the top three Division II teams in the country of all three National Junior College Athletic Association Division II polls. The Rhinos, who are 33-3 overall and 23-2 in the West Division of Region 10, remained No. 2 in the www.thejbb.net poll, moved up from No. 4 to No. 2 in the PBR JUCO poll and moved up from No. 4 to No. 3 in the NJCAA poll. Gaston College returns to action with a 2 p.m. game at Cleveland Community College on Wednesday.

Crest 9, Forestview 4: Tucker McSwain got the win on the mound with Tyler Smart finishing out the last two outs of the seventh with strikeouts for Crest, whose offense was led by Connor Gantt (two hits), Ethan Hayes (two hits), Colby Humphries (one hit), Cole Drewery (one hit), Vari Green (one hit), Brayden Blaylock (one hit) and Clayton Brown (one hit).

Belmont 16, Southwest 0 (4 innings): Reid Wilson and Andrew Walker combined on the perfect game with 12 strikeouts in four innings and Zeke Pruitt, Gavin Smith, Ryan Payseur and Luke Oberman all went 2 for 2 at the plate.

Mount Holly 4, W.C. Friday 0: Ella Hope and Alitzy Cortes-Nicolas each had two goals and Mia Toguchi got the shutout in goal for Mount Holly.

Loudermilk closed the tournament with a final round 74 to finish at 1-over par 217 and in third place overall. Fahey also shot 74 and finished with a 5-over par total of 221 (75-72-74-221). Both golfers earned spots on the All-Tournament team with their performance.

As a team, the Crusaders closed the tournament in a tie for fourth place (306-289-300-895) with Erskine. King came back to win the team title after shooting 5-under par as a team for the tournament.

The Crusaders now await the awarding of regional bids for the South/Southeast Regional Tournament scheduled for May 5-7 at Kinderlou Forest Golf Club in Valdosta, Georgia. In addition to the 10 teams, four individuals not on those teams will be selected to compete in the tournament.

Here’s the full Charlotte FC schedule for the 2022 season (with results):