Sixteen high school baseball teams and 16 high school softball teams from Cleveland, Gaston and Lincoln counties are among the state’s state championship tournament that was announced on Saturday by the N.C. High School Athletic Association. 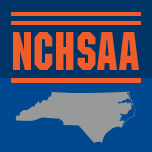 All teams begin play on Tuesday, with winners advancing into the upcoming rounds – May 13 second round, May 17 third round, May 20 regional semifinals, May 24 through 28 best-of-three regional finals and a June 3 and 4 best-of-three state championship series.

Here are the first round baseball matchups:

Here are the first round softball matchups:

The local group of playoff teams include record-setting regulars and teams making their first appearances in a few years.