When Shelby visits Burns in a second round playoff game on Thursday in the N.C. 2A bracket, it’ll continue a Golden Lions’ tradition that proved quite successful. 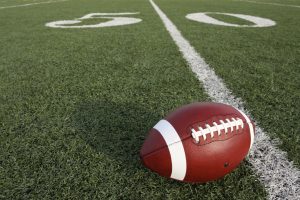 It’s because Shelby is facing a team in the postseason that it has played in the regular season for the 28th time.

Since in-season improvement has long been a hallmark of the Golden Lions’ program.

Entering this weekend’s game, which comes two weeks after losing 27-14 at Burns in the Southern Piedmont 1A/2A Conference title, Shelby will look to pick up a 21st victory in such circumstances – and seventh in a row.

And the Golden Lions have not only been effective in those rematches, they’ve avenged regular season defeats four times and a regular season tie once.

How good has Shelby been in rematches?

Among the turnaround wins include bouncing back from a 28-all regular season tie at Chase in 1968 – the only blemish on the Golden Lions’ record in that long series – to win 41-20 on its way to a Western N.C. Activities Association state title, three wins over South Point and one over East Rutherford after losing the regular season contest.

And while avenging a regular season is impressive, it’s also quite a feat to defeat a talented team twice in the same season.

Shelby’s done that 13 times since the 1969 season, including twice over Burns in the Golden Lions’ state title run; Shelby won 42-14 in the playoffs after winning 26-13 in the regular season game.

Burns also lost in a playoff rematch against Shelby in the 1988 season.

The Bulldogs are involved in their ninth repeat playoff matchup. And while they’ve lost the last four playoff games against teams they played in the regular season, they also have had some success as well.

In Burns’ 1994 3A state title run, the Bulldogs avenged a 24-0 regular season loss at South Point with a 26-0 home postseason victory. And in 2004, Burns beat North Gaston by identical 28-7 scores in the regular season and the playoffs.

Here’s a look at the weekend’s other second round matchups for Cleveland/Gaston/Lincoln counties:

Tuscola at East Lincoln: The first meeting between the schools.

Crest at Oak Grove: The first meeting between the schools.

South Point at Dudley: Dudley defeated South Point 38-0 in the 2021 Western N.C. 3A championship game in their only previous meeting.

Here are this week’s second round state playoff pairings with most games being moved up to Thursday due to concern about weather on Friday:

Every NFL team is guaranteed an appearance on Thursday Night Football and the Carolina Panthers are making their 12th appearance in the contest – and second time in three years at home against the Atlanta Falcons.

Carolina has struggled on Thursday night, with a 3-8 record on a game started for the NFL Network in 2009. The Panthers also lost on NBC’s Opening Thursday Night contest in the 2016 season at the Denver Broncos in a rematch of Super Bowl 50.

Carolina has won its Thursday night games in 2013 at Tampa Bay, in 2016 against New Orleans and last year at Houston.

THE SERIES: Atlanta leads the series 35-20 including 37-37 overtime victory 11 days ago in Atlanta.

Here’s the full Carolina Panthers schedule for the 2022 season:

Here are Thursday’s fourth round pairings:
(Class 2A)
No. 17 Lincoln Charter at No. 5 Newton-Conover

Charlotte’s slump continued as Portland rallied in the second half for a 105-95 victory that extended the Hornets’ losing streak to six games.

Here is the 2022-23 Charlotte Hornets schedule:

Davidson 102, Wright State 97 (2 OT): Foster Loyer drilled three 3-pointers and scored 11 of his career-high 38 points in the second overtime as the Wildcats overcame a 21-point deficit to improve to 2-0 on the season.